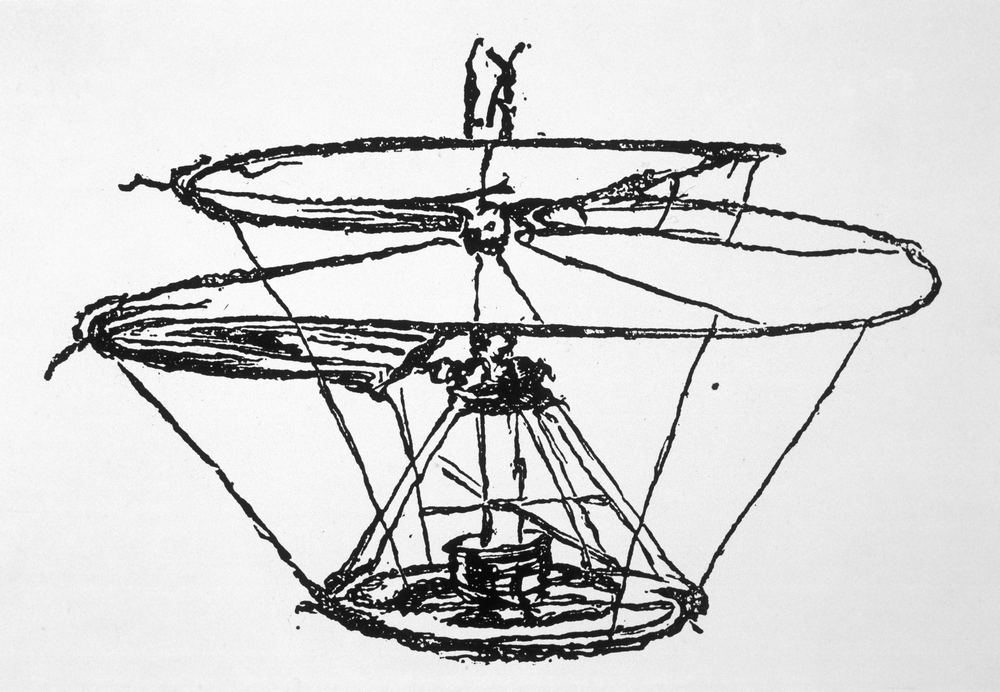 The idea of creating a helicopter dates back to the first centuries AD. As an example, there was a Chinese toy in the form of a propeller on a stick. It was rotated by hand and thrown upwards. After flying for a few seconds, the stick fell to the ground.

A more sophisticated model was designed by the famous Leonardo da Vinci. One of his drawings depicts a flying device capable of ascending driven by a propeller. However, as envisioned by the inventor, the propeller was to be rotated by a strong person meaning that the machine was purely mechanical.

Great Russian scientist Mikhail Lomonosov continued helicopter developments. The first model of a flying machine invented by him in 1745 was not only on paper, but was really built. His aerodynamic vehicle could get off the ground and fly for a few seconds. It was designed by the inventor to measure temperatures in the upper atmosphere. The model was equipped with two propellers rotating in opposite directions.

The idea was revived in France a century later. French scientists Bienvenue and Launoy were hard at work on a flying machine that already had some likeliness and even some technical features of helicopters as we know them today. Subsequently, creation of a “wonder machine” was also a task tackled by engineers Forlanini, Penaud, d’Amécourt, and Cayley.

In 1863, another inventor, Landelle, designed a machine called “aeronef”. It had lift rotors fixed to masts and wide wings. The first electric engine for a flying machine was developed by Russian scientist Lodygin. The result of his endeavors was named an “electriplane”. 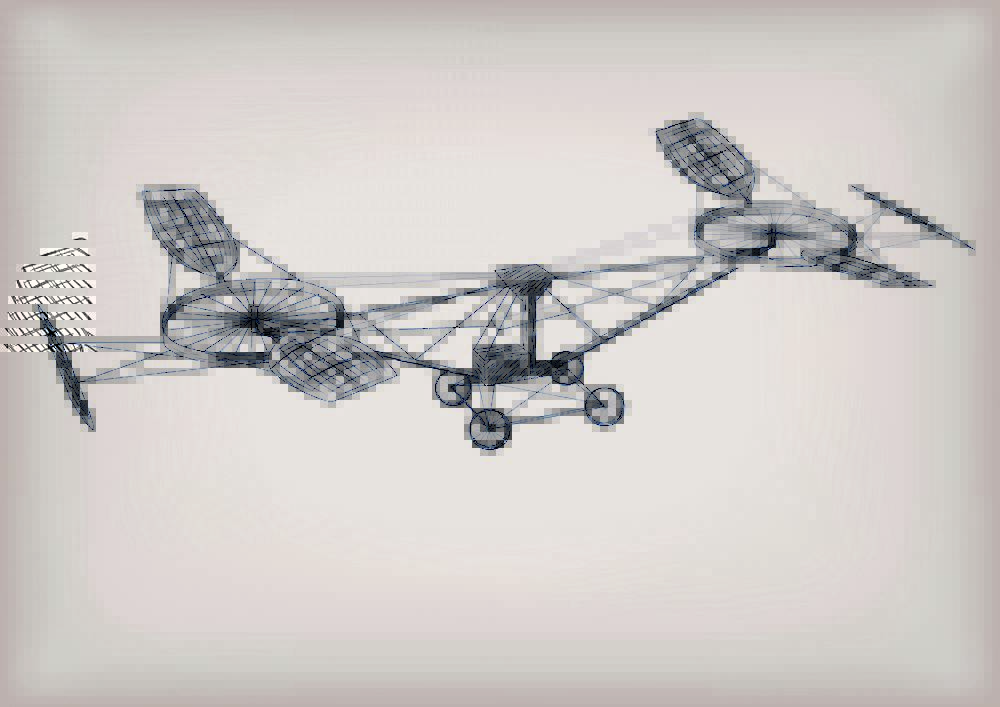 In the late 19th-early 20th centuries, research on helicopters was undertaken by Professor Zhukovskiy in Russia and Breguet and Richet in France. Their models could go up vertically, stay in the air for some time and come back down.

In 1911, a helicopter model was demonstrated for the first time by Russian scientist Igor Sikorsky. His machine could not only go up in the air, but also perform short flights. Another inventor, Boris Yuriev, created a one-rotor helicopter that was awarded a gold medal at an exhibition in Moscow.

The next achievement belongs to an Argentinian named Pescara. His flying vehicle built in 1923 was able to float in the air for ten minutes and cover a distance of three hundred metres at a height of three metres. A year later, Étienne Oehmichen developed a helicopter that could turn around, fly backwards and hover in the air. Its flight was 120 metres long.

1930 saw a new record. This time it was set by Italian inventor d’Ascanio. He built a model that easily cleared 736 metres! Quite a little bit later, his helicopter covered a distance of one kilometre. This success inspired scientists to go on improving flying machines.

Meanwhile, Igor Sikorsky continued his work on helicopters. Another model was built in 1939. During a test flight in September, the helicopter collapsed, but the inventor didn’t give up. In 1940, he piloted a helicopter himself without any safety equipment.

The first helicopters frequently got into accidents. During the war, there was an idea to actively involve them in operations, and hence they were initially perceived as combat vehicles.

Serial production was launched in 1950, the year of invention of the famous Мi-1, developed by Mil and Baikalov. It became evident in the second half of the 20th century that helicopters could be actively used for peaceful purposes to tackle a whole range of tasks.