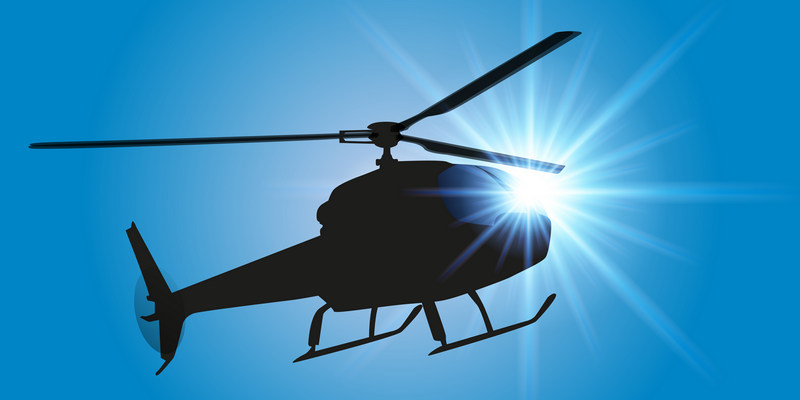 Have you ever been kidnapped in a helicopter? I have! This is how it all happened. We were on holiday on the Cote d’Azur. “We” means my large family: my mom, dad, younger brother and boyfriend. I’m 19 years old, and I’m really annoyed by close parental supervision. Needless to say, my boyfriend is annoyed by it too: all we dreamt of was hiding somewhere from the watchful eyes of my parents. But, unfortunately, they don’t yet let me travel “alone” with my sweetheart. “The world situation is so complicated and dangerous”, my parents would whinge. OK, I’ll be a mom someday too and probably understand them.

Well, it was the fourth day of our holidays in Nice. In fact, it was just the beginning of that day, an early morning before dawn. My boyfriend woke me up with passionate kisses and declared that he had a surprise for me. “Fine”, I thought, “there are going to be roses, balloons and a teddy-bear, but why the hell so early?!” But he said: “Get dressed and follow me!”

And imagine: there are only first rays of sunlight, everything is grey, you are dragged out of bed, forced to get dressed and taken somewhere. I didn’t resist, but wasn’t delighted either. In fact, I wasn’t fully awake. We got out really quietly so as not to wake up anybody up, went downstairs and saw a car waiting near the hotel. “Where to?!”, I asked. “Surprise!”

I like surprises, and I was truly intrigued. But I was really dumbfounded when he asked me to put a blindfold over my eyes. I trusted him and everything, but I felt uncomfortable. However, he persuaded me! He blindfolded me with a black bandage so tightly that I couldn’t get it off. I was both amused and nervous trying to guess what was on his mind. After a short ride we got out of the car. I was carried in his arms! It was romantic and pleasing, but I had no idea where I was being carried to.

Now he’s going somewhere, greeting someone, he puts me on my feet, and I’m being led by the two of them: “Careful, there are small steps here” and we sit down. I have no idea where we are, not even the slightest. For some reason I thought that he had brought me to some attraction. But what attractions can there be at six a.m.?

And suddenly I heard a tremendous roaring! I was frightened at first and only then thought of a helicopter! I had never travelled by helicopter, but thought about it at once. “Fasten your seatbelts”, the order went. I had promised not to take the bandage off, but I couldn’t resist, and while he was fastening my seatbelt, I took it off, though it wasn’t easy at all. I had hardly unfastened it, when there was a great shake! It really was a helicopter! And it was taking off!!

I am showered with kisses, and noise-canceling headphones are put on my ears to protect them. According to his plan, I should have “seen the light” up in the air, but I wasa bit too fast. So much better: it would have been a pity to miss the takeoff. I stuck to the window. Everything could be perfectly seen: Nice, the sea, the mountains, and clouds near us as we’re going higher and higher with only two of us in the cabin! There is one more seat with a bunch of flowers on it. These flowers are for me!

The flight takes my breath away. We’re flying above the sea. We can see a city. Are we really heading there? Exactly! Everything ends so fast … I had hardly had time to let my emotions and joy out, when the helicopter landed. Where are we? Wow, it’s Cannes! There’s a car waiting for us. How could he think over and plan everything?

We’re driving about this legendary city, which is just awakening, and enjoying its beauty. Finally, the car brings us to a small secluded villa. I didn’t think he was capable of this. Didn’t think at all…I start to feel like I’m dreaming.

This wonderful dream continues! The villa is for us only. There is everything here: a swimming pool, a garden, and even a mini-beach with sand. “We wanted to stay one on one, didn’t we?” he says, and I’m just walking on air.

My parents were unaware of this. He has really kidnapped me. If he had told me of his daring plans, I would have never agreed. I know my mom and dad. They’ll never understand this. But after all, he had arranged everything so beautifully, and I didn’t argue. I called my mom. 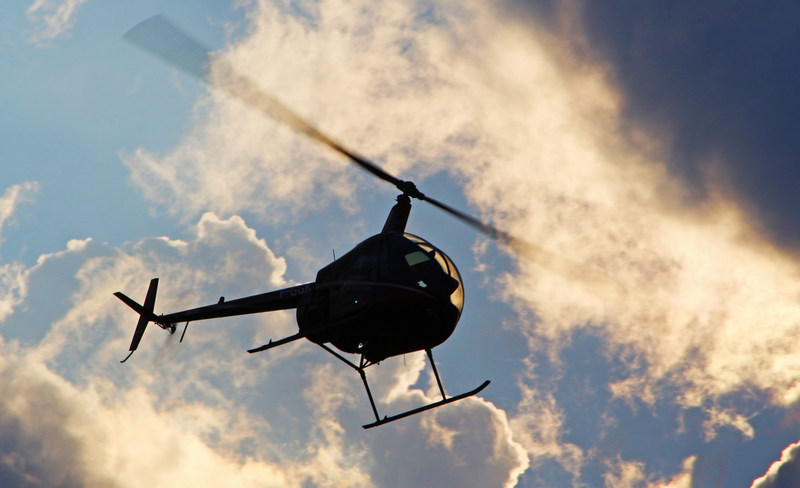 It was difficult to explain this to my parents. They were truly shocked and made a lot of fuss. But they finally calmed down. We called them several times a day to make them comfortable. A couple of days later they seemed to have reconciled with it and asked ironically: “Haven’t you had enough yet?” We haven’t had enough at all!!!

Later I learned that he had arranged this surprise through AVIAV TM (Cofrance SARL). They really know how to do it. The helicopter, the villa, the cars – everything was arranged by them. I met their representative on our way back, and he asked me to scribble “a couple of lines in a comment, if it’s no bother”. In any case, I wanted to describe all this as best I could. If you enjoyed this, hit like. And give presents to your loved ones more often!