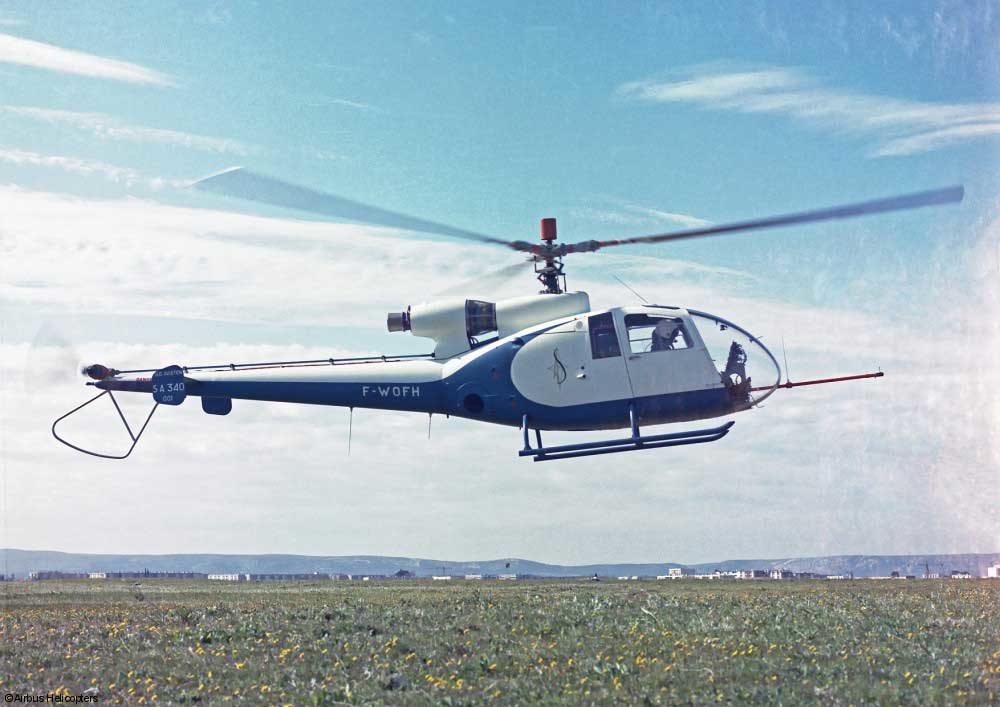 The Sud Aviation Gazelle is one of the most iconic, fast, nimble and best-looking helicopters of all time and, amazingly, the design is 50 years old this year.

The Gazelle, the world’s first helicopter with a fenestron enclosed tail rotor, made its first flight on 7 April 1967 (pictured above). Sud Aviation became part of Aerospatiale, now in the Airbus Helicopters stable.

The Gazelle is still in operation by nearly 100 customers in 34 countries, said Airbus Helicopters. It is powered by a single Turbomeca Astazou turbine engine.

It entered into service in 1973 and was used as a scout and light attack heliucopter by many military untis, including all of the UK’s services – RAF, Royal Navy and British Army – manufactured by Westland Helicopters under licence.

More than 1,250 Gazelles were delivered and 470 are still in service, 100 by the French army. By the end of December 2016, the Gazelle fleet had accumulated more than 7 million flight hours. The Gazelles (SA341 and SA342) that have accumulated the most flight hours (14,200 and 13,100 respectively) are currently operating in the United States.

On 15 May 1971, the Gazelle broke three speed records in its category: